21 Chestnut Road, A garden for all seasons. 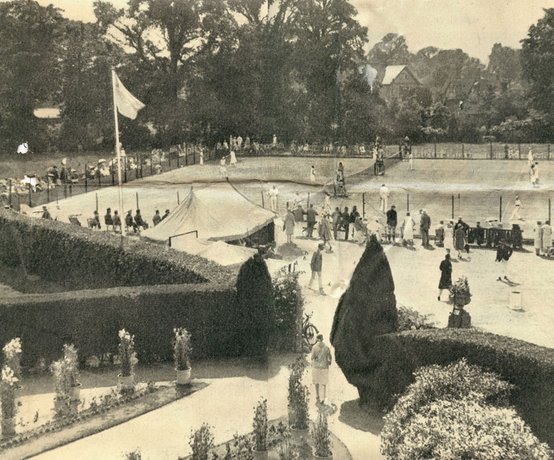 How it all began.

Before Chestnut Road was developed it formed part of the  Morrant  Hall tennis courts, this picture shows how it  would have looked c.1935.  At that time it  was as important as Wimbledon is today, with  17 courts both grass and hard and also indoor squash courts with a magnificent hall  and stage, plus a large refreshment area. People would arrive by train from London for the week long tournaments. Unfortunately, as was the demise of many other large estates,  the second world war  and the lack of upkeep  saw it decay and it was finally sold.

In the late 1950's  early 1960 the whole site was split into building plots and developed.  It was then that Iain bought the plot and built the house and  established the boundary hedges.  The beach hedge at the bottom of the garden has still got the remains of the  tennis court boundary fence in it.

As tennis courts you may believe that we had a head start with the lawns, but nothing is farther from the truth.  The whole area is very compacted with the remains of old cinder pathes and odd bits of iron work, broken crockery and old land drain. 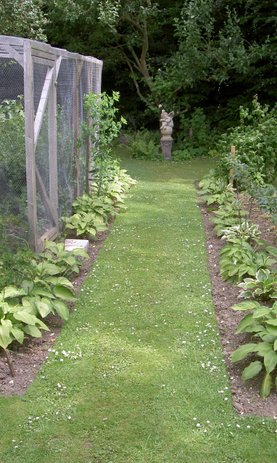 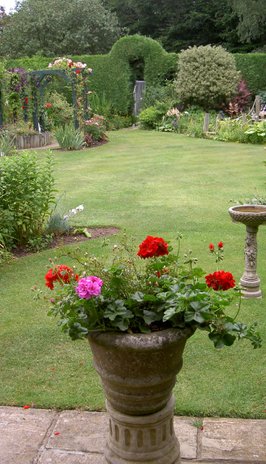 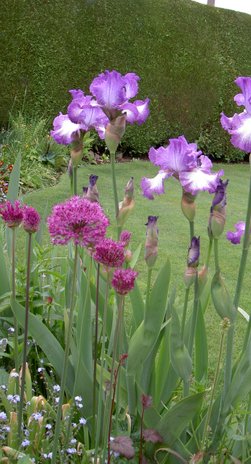 Here are a few images from 2006,and as you will see there was a lot more lawn then.  Below you can see how it looks in 2018. There have been changes made for 2020 which include the addition of new raised vegetable beds, which allow access for a wheelbarrow, aimed to make life easier in the future. All will be revealed as you look through the rest of my web site. 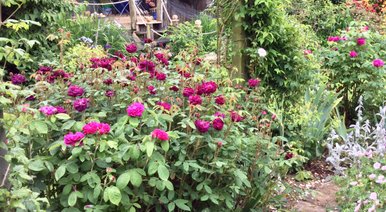 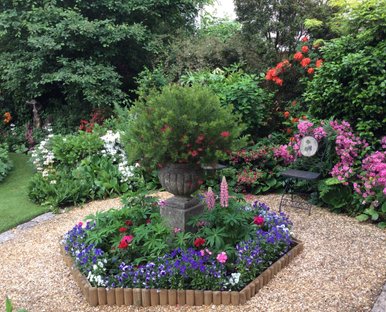 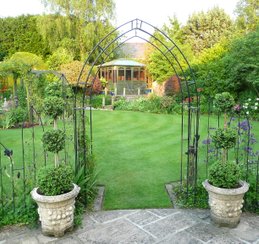 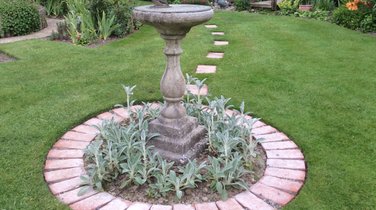 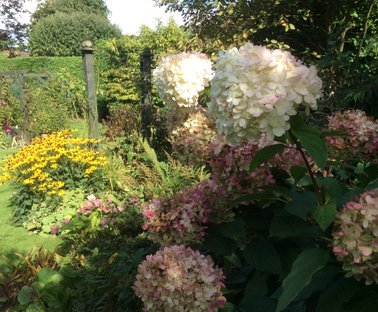 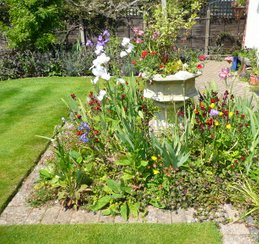 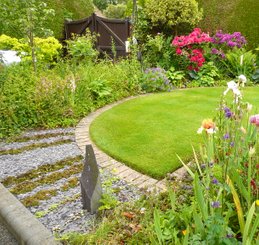 By 2012 there was less lawn and more hard landscaping features appearing. 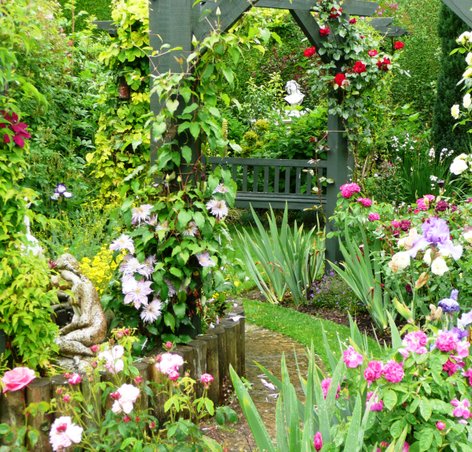 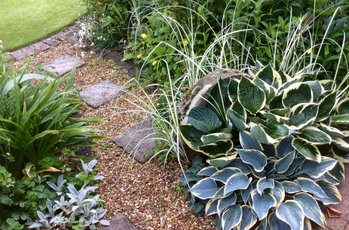 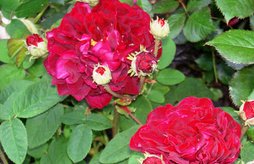 There are many features to be found around the garden, including this old grinding stone. 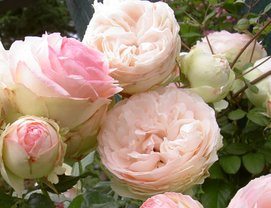 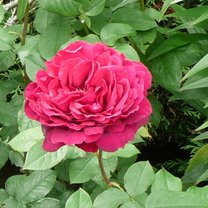 There are over 50 roses throughtout the garden, most are highly scented, like 'Charles de Mille' 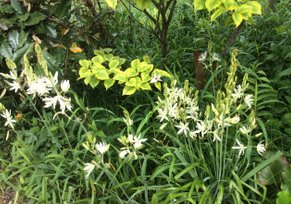 Colour form and scent  play an important part to the design of the garden.

In June the scent from the roses  add atmosphere. Another important factor as far as plannting is concerned is to consider bee and butterfly frendly plants. we try to grow nectar rich plants for as long a season as possible, from bulbs, like crocus in January right throught to Asters in late October and ivy in winter.

The garden has been created with passion and we have been working on it since 2002. Each year we have aimed to give our visitors something new to experience. It could be a new area designed and developed, or an older area replanted and regenerated. Because there are various growing conditions around the garden, we hope to show how they can be managed and aim to give food for thought when dealing with similar conditions. 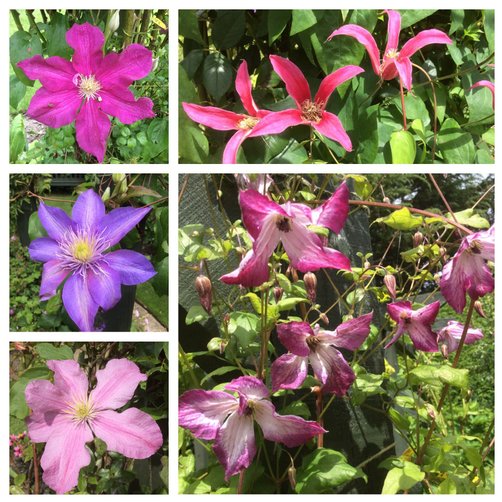 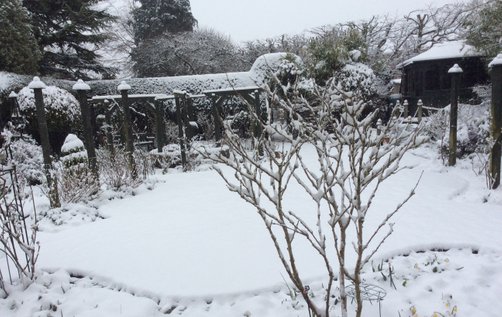 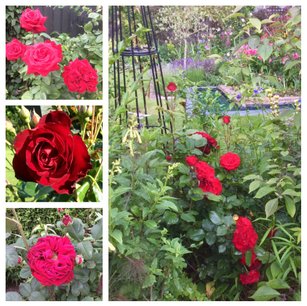 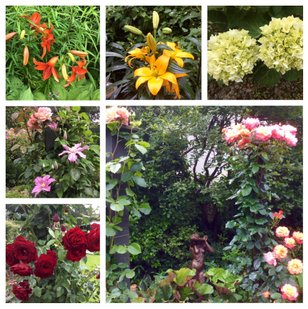 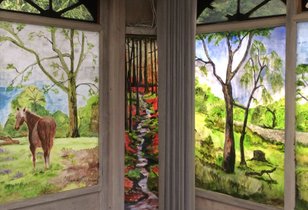